About Washington State
Equity and justice for all, now and for the generations to come.

Equity and justice for all, now and for the generations to come.

Washington has one of the nation’s highest minimum wages, paid sick leave for all workers, a best-in-the-nation paid family leave program, some of the nation’s most rigorous clean air and water standards, and one of the highest union membership rates in the U.S.

In April 2020, Washington established the Office of Equity, the first in the nation, to promote access to equitable opportunities and resources that reduce disparities and improve outcomes statewide across government.

Washington State has 36 Native American tribes, 29 of which are federally recognized, meaning that they have a special, legal relationship with the U.S government, also known as a government-to-government relationship.

One of the key shapers of Washington and Seattle history is Chief Si’ahl, also known as Chief Seattle. Read about Chief Si’ahl.

Born around 1786 to Suquamish Chief Schweabe and a Duwamish mother, he delivered a stirring speech during the 1854 treaty negotiations with the governor of Washington Territory, one that continues to be recognized as one of the greatest statements ever made regarding the relationship between a people and the earth. Read Chief Si’ahl’s 1854 speech.

Seattle, one of Washington’s key cities, is named after him and a statue of him resides near the Space Needle in Seattle. 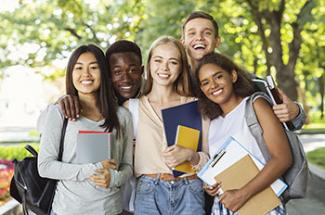 Notably, the Washington College Grant, passed into law in 2019 and funded with a tax on employers who benefit from high-skilled workers, is recognized as the most equity-focused free college program in the country. According to The Education Trust report, the state’s College Grant meets all of the Trust’s equity criteria for free college programs. Read the report.

“Business, government, and campus leaders stepped up in a big way to create the Washington College Grant,” said Michael P. Meotti, the executive director of the Washington Student Achievement Council, the state’s higher education agency. “This makes our state the senior partner in the state-federal partnership on grant aid to college students of all ages. If other states want to make the same commitment to their economic future as we’ve made to ours here in Washington, we’d be happy to help.” 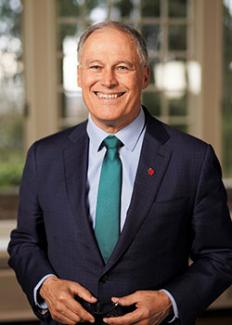 In 2013, Jay Robert Inslee became the 23rd Governor of the state of Washington.Read Governor Inslee’s bio.

Governor Jay Inslee is head of the executive branch of government, has legislative responsibilities, and serves as an agent of communications with other states and the federal government. The Governor's executive branch responsibilities include appointing the heads of departments, agencies, and institutions, including appointing citizens to over 230 boards and commissions designedto give citizens a voice in their government and allow citizens to influence decisions that shape the quality of life for the residents of our state. Read more about the role of the Governor.