History matters. Not only does it show where we have been, it explains why things are the way they are. When it comes to building a more equitable and just world for everyone, everyday actions -- the large and the small -- matter. The Washington State Office of Equity honors the contributions of women who, through their actions, made this state and nation a better place to live. We appreciate the everyday actions -- the large and the small – women take to live, love, and thrive in safety and authenticity. 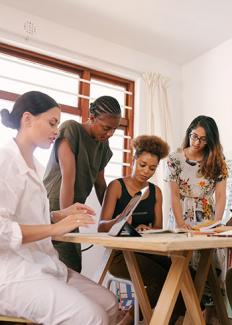 “We all should know that diversity makes for a rich tapestry, and we must understand that all the threads of the tapestry are equal in value no matter what their color. Maya Angelou