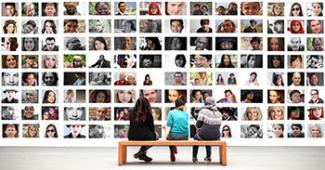 The Washington State Office of Equity champions equity and justice for immigrants and celebrates the rich immigrant heritage that has shaped the state’s history and is instrumental to its future success. We work to ensure that every immigrant has equitable access to the opportunities, power, and resources they need to succeed and are welcomed, supported, and feel a sense of belonging when working in or seeking assistance from state agencies. We count on the commitment, partnership, and support of immigrant communities and leaders – across the state, inside and outside of state government, - in this important work of dismantling the historic, systemic, power dynamics that oppress immigrants, while building new systems and safeguards that advance representation and ensure immigrant access to participation in all aspects of society (such as, government, business, education) until each and every immigrant in the state flourishes and achieves their full potential.

Immigrants from around the world are an essential part of Washington’s community. They are the key in building an ethnically diverse, culturally, inclusive, and economically dynamic society. They make significant contributions to the development of Washington state in virtually every field. Their cultures, languages, values, and experiences form rich resources that breed the prosperity of the state. Yet, for a long-time immigrant groups have suffered from many disadvantages in their pursuit of success. They face various visible and invisible barriers to employment, services, and information. 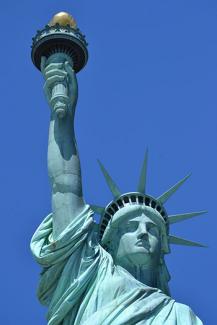 Immigration has always been part of the racial and ethnic landscape of the United States of America. Only a small percentage of current residents of the landmass between Mexico and Canada are directly known descendants of those living here 500 years ago. The history of racism under the United States’ governance of this land mass is directly intertwined with immigration law and policy, economic needs at various times, and which groups have been allowed to claim the privileges of “whiteness” at various points of time, a designation often linked to when and in what numbers those groups arrived. The recent wave of immigration is receiving considerable public attention and is a source of great controversy; immigration in the early 1900's received a similar response. This is because once again dominant cultural definitions of racial/ethnic categories (sorting) are in flux, particularly for groups currently grouped as Hispanic or Latino/a. The fights over immigration reform are being contested in real time and in highly visible ways, covering issues such as: what constitutes “legal” or “illegal” immigration, which children raised in the United States can stay, and which families who paid taxes to the United States will be allowed to exercise the rights and claim the benefits of voting, higher education, health care and social security.

Equity concerns for immigrants include:

In our work and in our living, we must recognize that difference is a reason for celebration and growth, rather than a reason for destruction.  Audre Lorde

Migration is an expression of the human aspiration for dignity, safety and a better future. It is part of the social fabric, part of our very make-up as a human family. Ban Ki-moon